Port Dickson is a beach resort destination at Negeri Sembilan in Malaysia, about 90km south from Kuala Lumpur and 30km away from Seremban. Also called 'PD' by locals, this popular holiday retreat is located within easy reach from KL and Singapore by major highways and roads.

Beaches are Port Dickson's top tourist attractions, but there also places to go for sightseeing and recreation in the area. 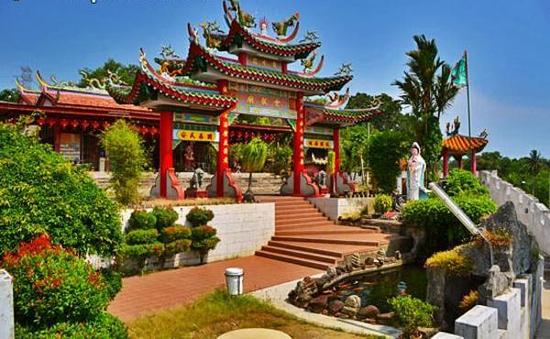 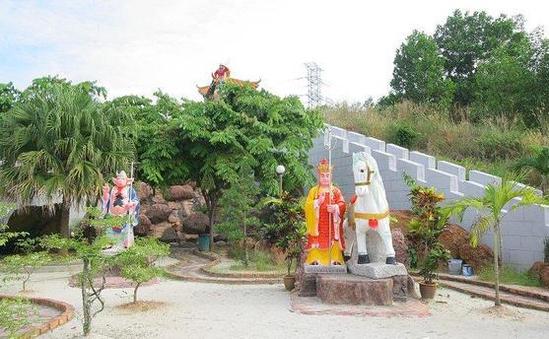 Wan Loong Temple is located along the 7th mile of the Port Dickson coastal road, just opposite the PD World Marina Resort. This Chinese temple, with its opulent architecture and imposing fortress walls, is hard to miss at left along the main road, if coming south towards Malacca from PD town.

The temple name means 'Dragon of the Clouds', but it pays homage to several oriental deities, including Kuan Yi (goddess of mercy) and the Monkey King. Opposite is an equally ornate seafood restaurant that resembles a temple complex. Open throughout the day (and even night), the temple is free to enter as long as you do your exploration quietly. 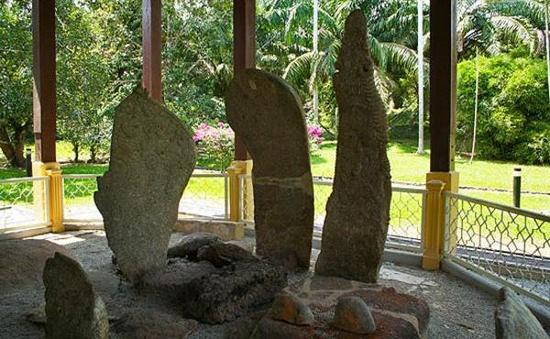 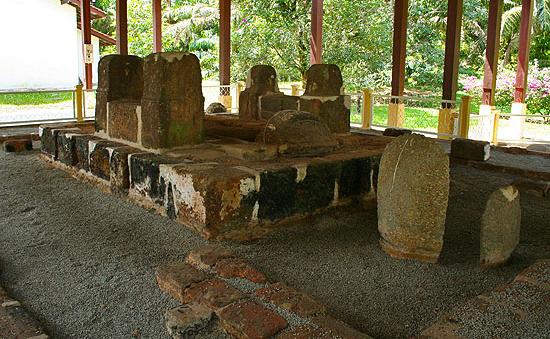 The Pengkalan Kempas Historical Complex, also known as Fort Kempas, is located in a small village area about 35 km from Port Dickson. Contained within the complex are megalith stones and an ancient tomb belonging to a Syeikh Ahmad Majnun, a Islamic teacher who was slain in battle with the army of Sultan Mansor Shah of Malacca.

The tomb, called Keramat Sungai Udang, is venerated by locals as a shrine and believed to be the oldest Muslim grave in Malaysia, dating back to the 14th Century. Meanwhile, the three megaliths on display resemble a spoon, rudder and sword respectively. The locals imagine these stones as magical and able to grow in size. 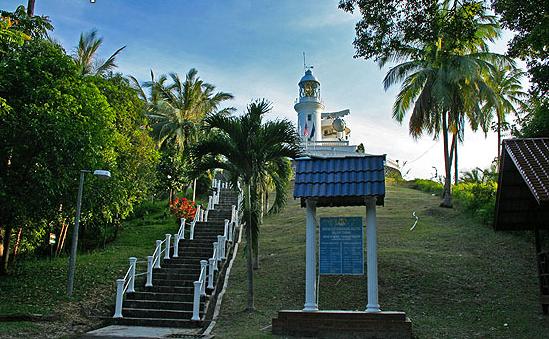 Cape Rachado, also known as Tanjung Tuan to locals, is a nature attraction 18km south from Port Dickson town. The hilly cape is a gazetted forest reserve and wildlife sanctuary, with several hidden beaches, patches of mangrove swamps and a historical lighthouse at the summit. Administered by the state of Malacca, Cape Rachado is also a favourite bird watching spot, especially during the migratory season of raptors.

While you can only camp here for an overnight stay, proper hotel accommodation can be found at its foothill, including Casa Rachado and PNB Ilham Resort; both a stone's throw away from the park entrance. 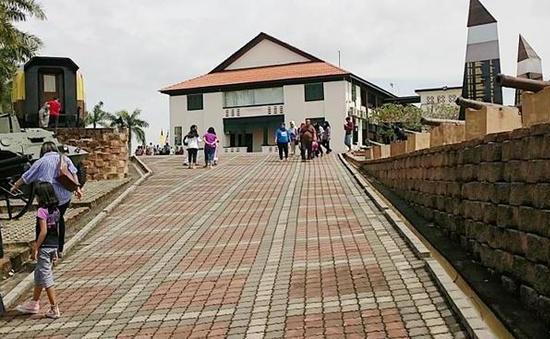 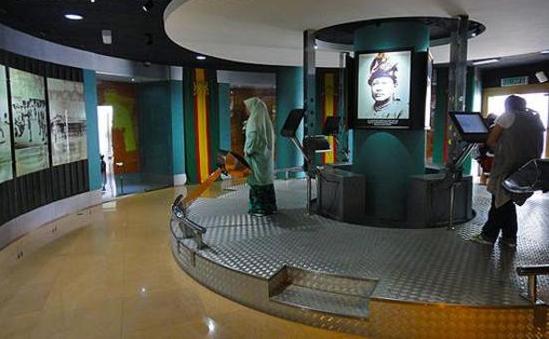 The Army Museum, known locally as Muzium Tentera Darat, is located next to a military base off the main road at 5th mile, about 7km away from Port Dickson town in Sirusa district. A property of the Malaysian Royal Armed Forces, the museum traces its exploits and achievements through history, trumped up with dramatised aspects and romantic story-telling.

In addition to the museum buildings, the spacious grounds also house decommissioned military vehicles, including planes, tanks and artillery guns, and a memorial fountain dedicated to soldiers who served through Malaysia's war history. Open daily from morning till evening, entry is free for all visitors. 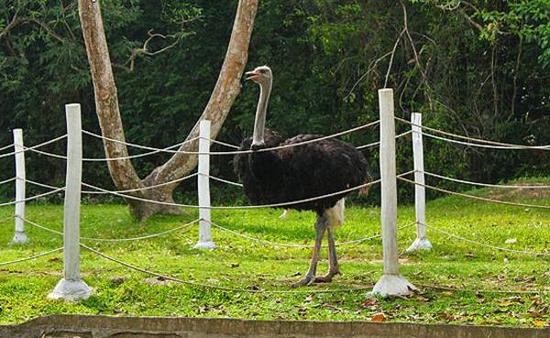 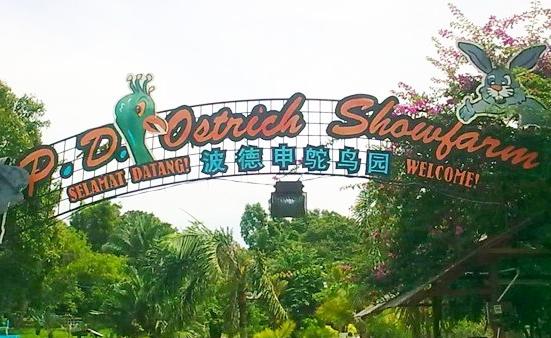 The PD Ostrich Farm is located at 9th mile along the Port Dickson beach road; watch out for a signboard at left while going south from town. Besides ostriches, visitors can see peacocks, peasants, jungle fowls, monkeys and a strangely large number of farm animals.

The ostriches are housed in open paddocks shaded by large trees; they can be feed with pellets bought from the entrance. For a fee, adults and children can even ride ostriches around a small circuit at the back for the farm. A restaurant on the premises serves cuisine made from ostrich meat, including satay. Open daily from morning till evening, tickets are priced at MYR8 per adult and MYR4 per child. Port Dickson is not all about beaches guys! 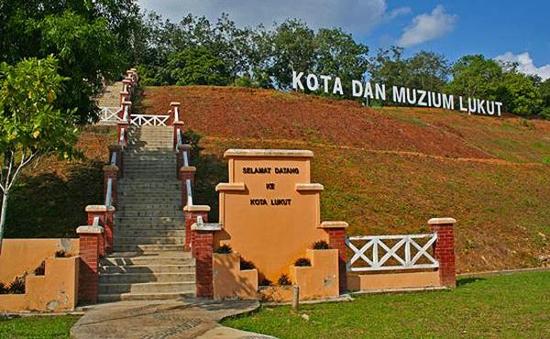 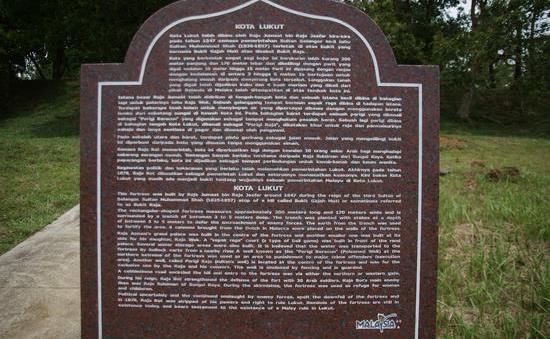 Kota Lukut is a historic fort situated 4km north of Port Dickson, perched on top a scenic hill at a small town. Built in 1847 by Bugis warrior Raja Jumaat, the fort was his personal stronghold as he watched over the tin trade in the area. Today, almost nothing remains of the structure and its surroundings, except for a few ruined walls and foundation stones.

The fortress grounds have been transformed into a recreational park area, with gazebos and watchtowers spread across a small field. A museum at the foothill is the real tourist attraction, exhibiting historical and cultural artefacts from the mining era of Lukut. Open daily from 9am to 5pm, entry is free. 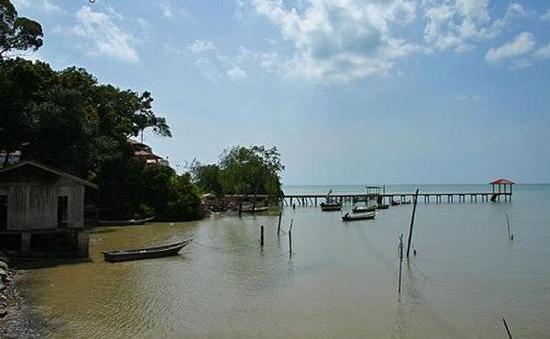 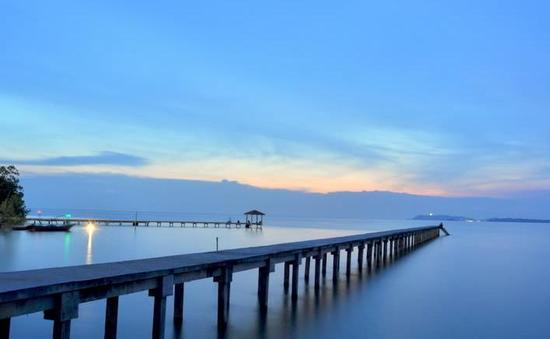 Pasir Panjang is a village district 25km away from Port Dickson town. The area is popular for fishing activities, with a jetty for fishermen that leads out to muddy seas. The main attraction here is the 13 hectare Pasir Panjang Recreational Forest, a small park equipped with generous facilities, including training camps, gazebos and floating decks along the coast.

PDS Camp and Resort and the National Youth Leadership Institute each manage a training resort here. Outside the forest, there is a popular hawker centre that serves the local dish of 'Ikan Bakar', at cheap prices. Other varieties of cooked seafood include prawns, squid and clams. 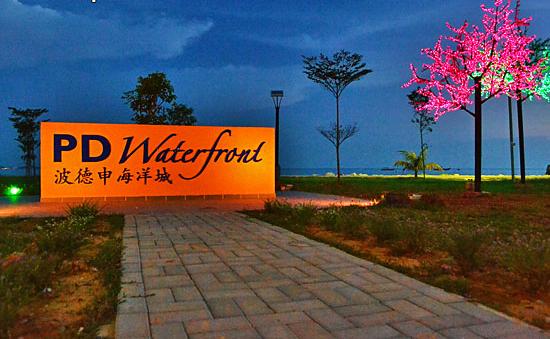 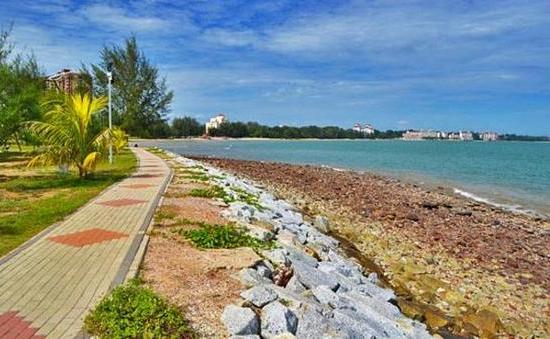 PD waterfront is an esplanade development at Port Dickson's town centre, facing the sea off Pulau Arang. A popular spot in the evening for families to fly kites, the PD Waterfront project is also a designated entertainment, dining and shopping zone, lined with contemporary shop lots along a seafront boulevard, with recreational parks fronting the promenade walk.