Often called Jogja, Yogyakarta is a city on the island of Java. There are so much to see and explore and it's truly a hidden gem of Indonesia.

The Prambanan Temple is one of the must-visit site in Yogyakarta as it is listed as one of the UNESCO World Heritage Site, consisting of 240 temples. This 9th century Hindu temple was built and dedicated to the 3 Hindu deities, Brahma, Vishnu and Shiva. Catch the spectacular Ramayana Ballet during evening where over 200 dancers and musicians perform.

The magnificent Borobudur temple is the world’s Buddhist monument as well as an ancient site considered to be one of the seven wonders in the world. As you climb to the peak of this temple, you get to marvel at the detailed stone carvings on the walls. The temple has remained strong despite the centuries of neglect. Survived after a volcanic eruption, it was buried in ashes when it was discovered in the 1815. The Indonesian Government and UNESCO then worked together in the 1970’s to restore the Borobudur for 8 years. It is now one of world’s valuable treasures.

Timang Island is a tiny little island located in Timang Beach. The best part about it is, in order to get to the island, you will need to ride an old-school gondola/cable car (as shown in image) to get to the island. If you love the adrenaline rush, you should be visiting this exotic place already! Furthermore, we only live once right?

Also known as King Boko Palace, this glorious building was built during the reign of Rakai Panangkaran. Although it was built by a Buddhist, the Palace consists of Hindu elements as well. The best time to visit the place is around 6:00 AM in the morning where there are less visitors but to witness the most magnificent sunset as claimed by an American tourist, you need to be there by 5:00 PM.

During the ancient days, this place is the garden for the Sultan of Yogyakarta. Taman Sari was built for several purposes but now, only a few buildings remain. The most unique place in this garden is the bathing and resting place of the Sultan and his princesses with a unique story behind its origin. It is said that the Sultan would throw a rose from the high tower in the south pool and the Princess who caught the rose would either be his Queen or concubine.

This is the only waterfall in Yogyakarta which flows directly into the ocean. The Jogan Beach sits at a perfect location where it has a waterfall falling directly from the cliff to the sea. It is not a majestic waterfall but it’s also too tempting to ignore. It gives you a different sensation from those typical beaches you have seen.

Mount Merapi is one of the most active volcanos on Earth and it once buried the nearby Borobudur Temple with its massive eruption. But now, the mountain has been quieter and people around have “befriended” it and accept it as part of natural phenomena. Living in a shadow of an active volcano is equivalent to sitting on the time bomb but despite that, the mountain still attracts enthusiastic hikers.

This is one of the two deserts in Java and believe it or now, it is also one of the best places to watch the sunset. Gumuk Pasir is a paradise to those who love sandboarding. Similar to snowboarding, instead of surfing in the snow, you surf among the sand. So you can save yourself an expensive trip to Africa or Middle East. You can even rent ATVs and horse to unleash your inner adventurous self.

In Kalibiru National Park, it’s all about fresh air and quiet roads where you can very much say it’s a perfect retreat from a hectic lifestyle. Located in Menoreh Hills, the park is 450 meters above sea level. The national park offers great outdoor activities such as rock climbing, tightrope walking and flying fox. The best part is, they all come with an amazing view from the top of tree.

Sculpted by nature, the contoured lines of the rocks in Luweng Sampang Waterfall is made by layers and layers of rocks stacking together since thousands of years ago. Thanks to the humble power of water continuously running and eroding the curves, the treasure was formed. No entrance fee is needed as well so you can dip your feet and splash around in the chilly water without worrying about that.

Goa Pindul is a cave is formed by karst with underground river. When you get bored of floating on the typical waterparks, a cave tubing in the lazy river of Goa Pindul is what you need to experience. Be prepared to be amazed by the beauty of the stalagmite.

It’s not actually a cave but it’s a part of a cave system which covers the whole Gunung Kidul. It is formed by geological process when the soil and vegetation on it crumbled thousands of years ago. Descending to almost 80 metres of the cave, you can feast on the mesmerizing sun ray shining through the small opening of the cave from the above. It usually happens during the daytime somewhere between 10:00 AM – 2:00 PM.

Looking for more accommodations in Indonesia?

Check out Letsgoholiday.my for more unique homestay, hotels & resorts in Indonesia for your vacation! 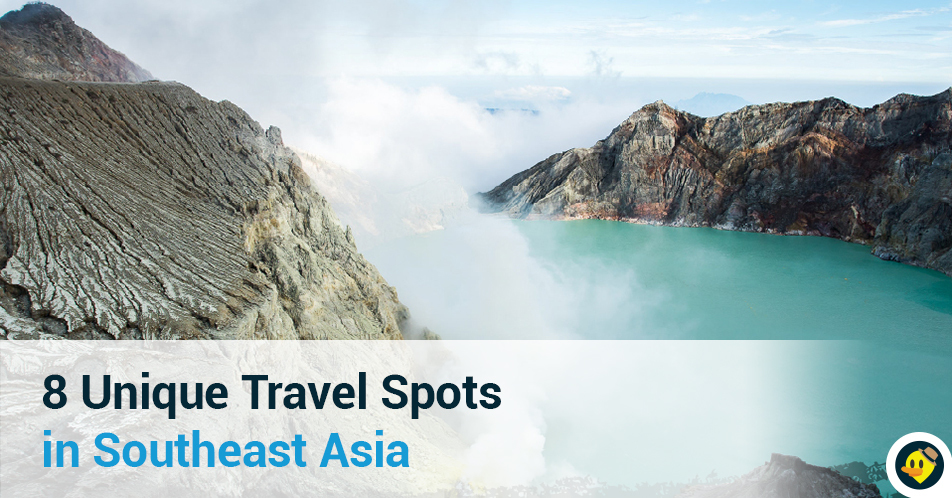 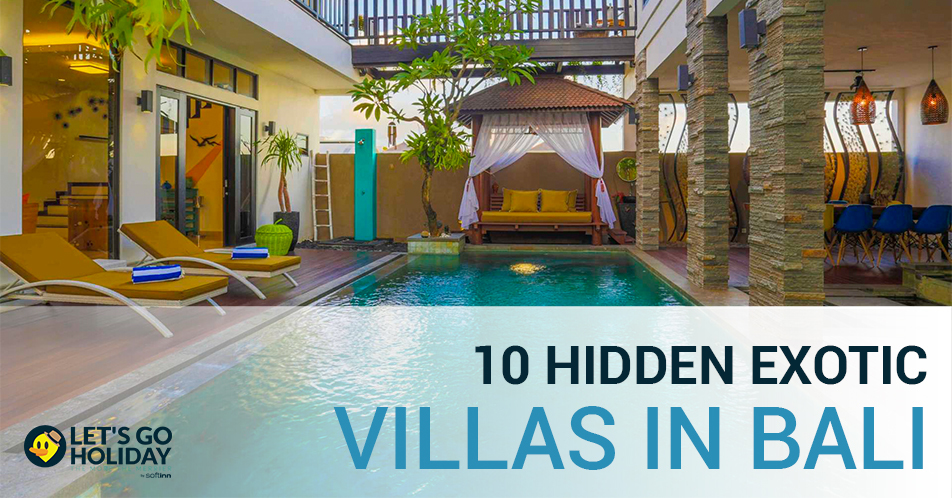 10 Hidden Exotic Villas in Bali, Indonesia that You Must Vis...