Will you be having your first time ever being in Kuching this upcoming holiday? And you're pretty unsure of what to expect of Kuching, after hearing from your friends and family of how different Kuching would be from the other states. A rather unique destination, is a better way to describe Kuching. And you are very curious of how Kuching would be.

Now, let's start a bit with our new adventure to Kuching.

Kuching holds a rather interesting history compared to the other states in Malaysia. Having been previously under the empire of Brunei, Kuching was one of the main capital cities of Sarawak. When Sarawak became a kingdom of it's own under the White Rajahs, the Brookes, Kuching became the capital city of the Kingdom.

Since then until today, Kuching city has undergone tremendous development as a city and having lots of bazaar for local businesses. Migrations of labors to work on pepper plantation and many other industries in Sarawak added more colours to the already diversified people and cultures in Kuching and Sarawak.Hence, you will be fascinated with the many traditional cultures of people in Kuching.  Of course, this would translate into the many kinds of food and local delicacies that you could try while in Kuching!

With it's rich local history, and the unique name of the city of ''Kuching'', you might want to know more about the stories behind the past of Kuching city.

Here's a list of museums that could help you for your thirst of answers for your curious enquiries.

In case you're looking for something more on the bright and fun side, here's another list for that.

Those are some of the many things for your adventure in Kuching. Now, you'll probably need a good comfy place to stay to replenish your energy. The followings are the 5 star hotels in Kuching for your luxury stay in the city. 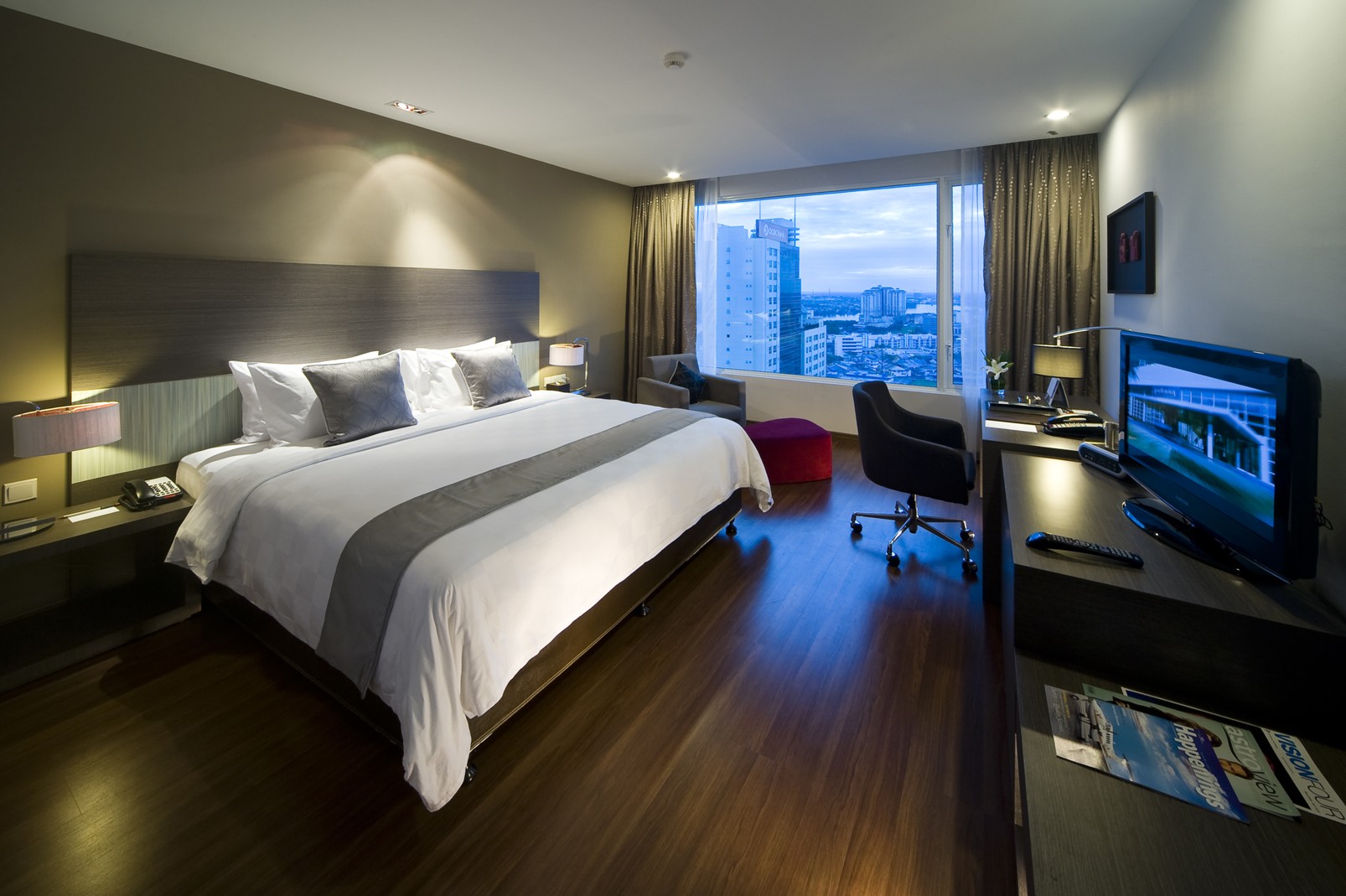 Pullman Kuching is a 5-star hotel and resort in Kuching city facing the Sarawak River. It is close to the Sarawak Museum, St. Thomas's Cathedaral and the Kuching Waterfront Bazaar. You will receive a world-class service during your stay in Pullman Kuching.

It is suitable for business travelers due to it's location within the inner city area and would like combine with bits of leisure with the surrounding attractions. Hornbill Fountain, Chinese History Museum, Unika Borneo Art & Artifacts, Hong San Temple and Sri Srinivasagar Temple are some attractions within 500 m distance from the hotel.

Merdeka Palace Hotel & Suites Kuching located in the city of Kuching sits close to Sarawak Art Museum, Sarawak Museum, St. Thomas Cathedral and Sarawak Islamic Museum. It is also nearby to Plaza Merdeka and the Waterfront.

You can enjoy the health center, gym, swimming pool and sauna facilities during your stay in this hotel. You can also dine at it's The Ristorante Beccari Italian restaurant, Aurora Court, Seattle Coffee & Tea and La Havana Cigaw Divan. Looking for some promo code to spice up your holiday planning in Kuching? Use our promo code!

Feeling like giving a try for other types of accommodation in Kuching? Click the image below for hotels and homestays in Kuching. Click the button below for more options of accommodations for your trip to Kuching.