For those who have yet to set foot at the lovely capital city of Sarawak, you guys may not be familiar with the hipster café in Kuching. Other than exploring the nature here, visiting these nice theme cafes is another option you can have while looking for Kuching attractions. If you are a fan of hipster cafes, then you might fall for these cafés as much as I do. Below is the list of 10 unique themed cafes in Kuching. You should have recognized what’s the theme of this café if you’re a big fan of Clash of Clans. Yes, it a café that goes with this popular mobile game. They make the café looks like a virtual world of COC as you can see from the furniture design, wallpaper and even the grass carpet. They serve Western cuisine and one of their signature dishes is baked BBQ lamb chop. It sure does sound tasty, doesn’t it? You can literally go on battle while chewing on your steak. This café is exactly like how it sounds, feast and furious. You can expect to see a collection of cars, motorbikes and even formula 1 car being stored nicely inside this awesome-looking café. Those motor vehicles are not just toy-like but an actual-sized automobile. You could grab the chance and take photos with these awesome bikes and cars including Ferrari. As for the food, they have mix of Western and local fusion with really generous portion that will satisfy your tummy for sure. In this surfing theme café, you can literally get the feel of a tropical sea. The yellow lightning gives off an atmosphere that makes you feel as though you’re on a vacation at a sunny beach. They also serve a menu that fit in well with such theme like sandwiches and fries. So, don’t be down about not having the chance to travel to Hawaii, because this café would bring you similar experience. It the perfect place to chill with friends and families and laze around. What is special about Sukha café is that they bring you back to the 90’s lifestyle. You’ll see some old bicycles parts attached to the bulb on the ceiling. It won’t fall off if you just sit still with your meal on the table, so don’t worry. They even have an old-fashioned radio being displayed on a rack and a decoration of wooden cupboard used in the old days. Everything in the house is simply retro. Don’t forget to try out their signature menu which is the buttermilk waffles with seasoned fried chicken. Its crispy is on point and won’t leave your mouth oily. It a great place for tea break while immersing yourself in the local culture. It's called museum café as they have traditional handicrafts and a few antique vases of Sarawak being displayed for visitors to tour around. They do sell souvenirs like cute orang utan and proboscis monkey plushie too. Plus, you can take a sip of the local brewed coffee with tarts for a short break. This cozy place makes it a great one-stop café to visit before the end of your Kuching trip. Don’t be disgusted by the name ‘rusty’, it not really as rusty as it sounds. The café is decorated with vintage-look items that resemble an old house and that is why it called ‘rusty’. You’ll see pipelines attached to the ceiling and as partition as well. The interior design emphasizes on warm and cheerful concept to make you feels at home. They mostly serve light meals though such as waffles and pancake which is suitable for one to have a full breakfast. Mk Classico is a little different from any other café in Kuching. Their service counter mainly occupied the ground floor and most of the seating area situated on the 1st floor of the building. Yes, it a double-storey café. Doesn’t it sound grand enough for a typical hang out place? Their theme kind of resemble the underground bar that we see in American movies. The bricks wall, dim yellow lightning and those funky walls painting really go well together. Their sizzling striploin steak and triple chips are rather famous, so you may want to give it a try. Use our promotion code for discounted accommodation bookings! 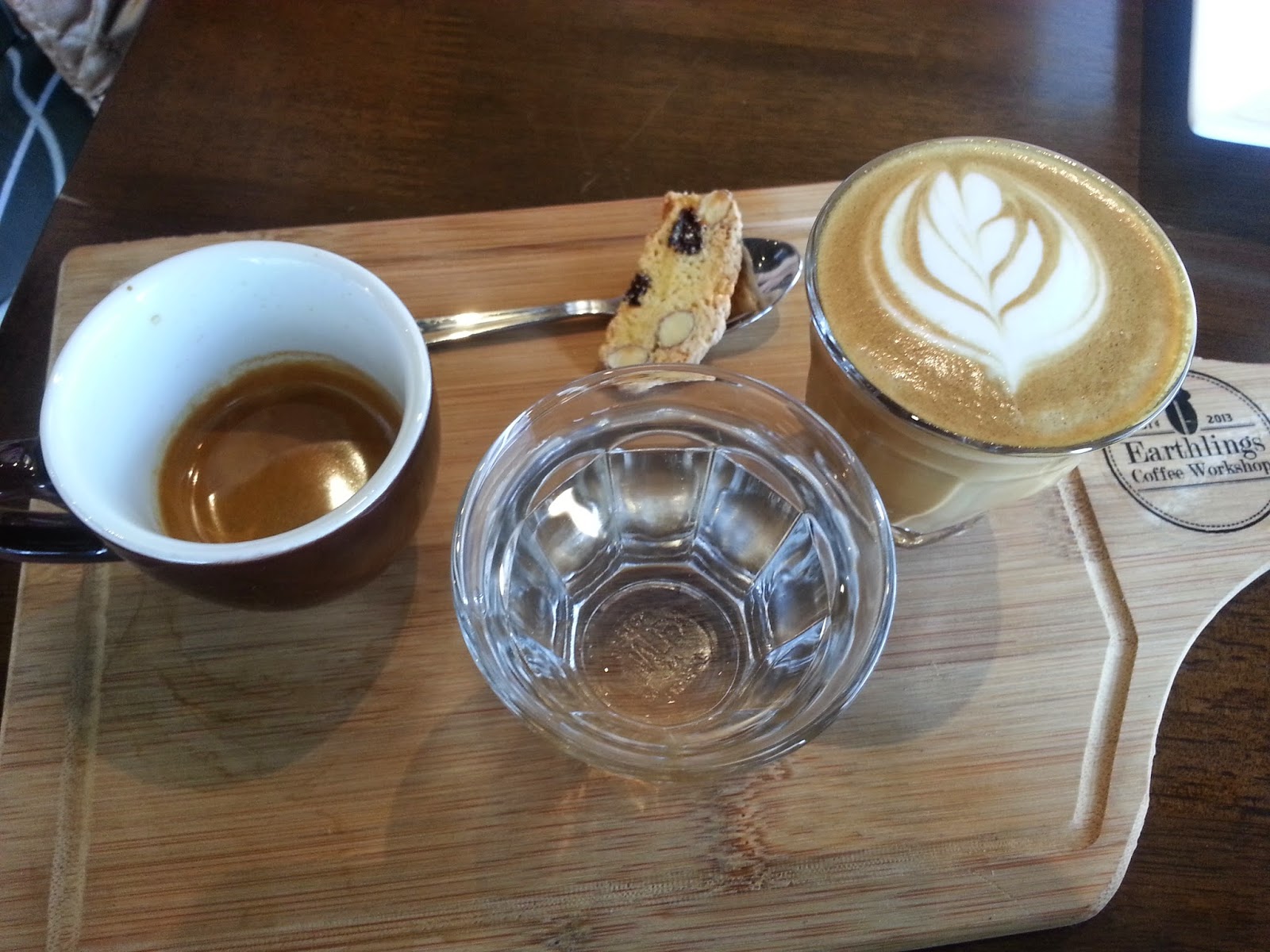 This is like a heaven for coffee cravers. Before that, they basically serve coffees and cakes. What more, they have internationally trained and certified baristas to serve you. You know they do take their coffee business seriously as they also roast their own coffee beans and make sure their coffee supply is of the best one such as South Africa, Ethiopia and Indonesia. If you head over to this café, don’t forget to try their special home blends which are the Darklings, Dark Matter and Red Earth. The white colour theme and vintage-designed furniture definitely make the whole café looks rather pure and innocent. I believe this would catch the heart of young ladies out there to come over with no hesitation. They serve Western and also Asian cuisine which leaves you with a variety of food menu to be chosen. If you can’t make up your mind, just go with their signature dishes – Chicken Chop with Black Pepper Raisin sauce for Western fusion; Ayam Penget with rice for Asian fusion.  So, grab your besties to this lovely café for a lady outing. From the name itself, you can tell it a Spanish theme café even if you don’t speak Espanyol. The word ‘destino’ which means destiny was chosen by the owner himself as he believes in fate and destiny that would bring two lovebirds together in a special place. You can expect a warm and cozy atmosphere in this remarkable Spanish café. Also, you might want to try their signature house salad – mix vegies with ebiko,  smoked salmon, fried crabstick and sesame sauce.


We have another blog entitled top 10 must visit themed café in Johor Bahru, feel free to check it out. If you ever need to find any accommodation in Kuching, click on the below image for more information. Book The Best Place To Stay In Kuching